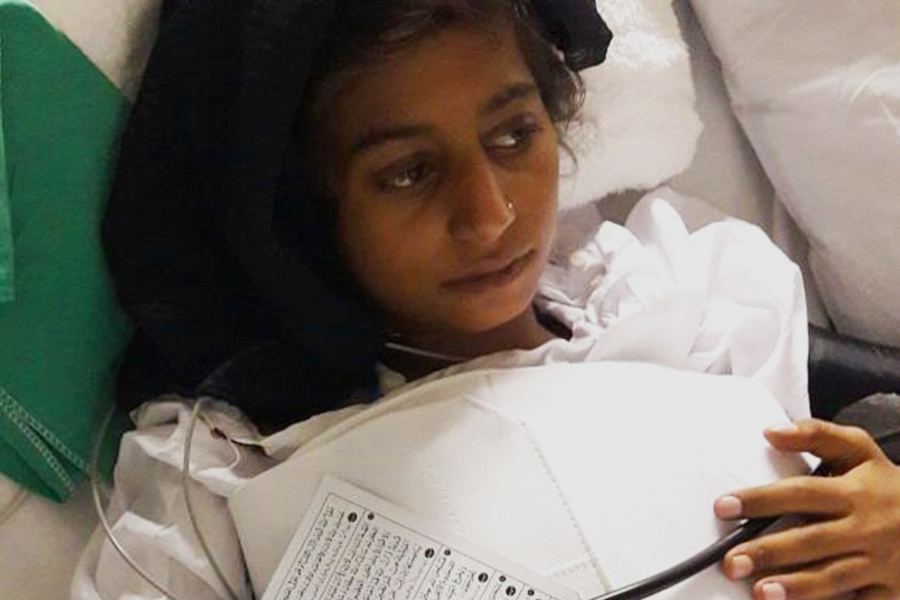 OVER the last few days, I have met several patients from various villages in upper Sindh. An eight-month-old baby, diagnosed with a congenital heart condition, had difficulty breathing and was grossly underweight. A middle-aged woman had severe abdominal pain and swelling; she had tumours in her intestine. A young man had become totally blind over the last few months; his case was undiagnosed.

Then, there were cases of injury by violence or accident that needed follow-up medical treatment after emergency care. One 30-year-old man who was suffering from frequent fits had severe head injury; he had been hit on the skull with an axe in a family feud. A 45-year-old woman had her ear and shoulder badly burned in a kitchen accident. A teenager was rendered bedridden after a road accident.

All these patients had one thing in common. They had spent months struggling through the healthcare system. They were financially spent from going back and forth to hospitals, physically and emotionally exhausted from the effort and frustrated with the lack of solution. Only a few had been given a diagnosis and even they hadn’t been told about the implications of the disease.

When people fall sick in impoverished rural parts of Sindh, they normally first seek advice from neighbours and relatives who have experienced similar symptoms and then try simple painkillers they buy from the village shop. If there’s no improvement, they call the local dispenser, known in villages as doctors. They are not qualified to dispense medication but may have some experience working as doctors’ assistants. They charge a fee of aboutRs50 and normally administer painkillers through injections.

There’s no relief for villagers when they fall sick.

Some patients visit the government dispensary in the village but often return disappointed because medicine is not available in stock. If the problem is more severe, they are told by the duty doctor to go to the city without being informed where to go or who to see.

If the visit to the dispensary doesn’t work, patients will head over to see doctors in the local area, in the nearest town or village, who charge between Rs100 and Rs200 apart from medicine. They normally prescribe antibiotics and painkillers and call the patient back for several follow-ups.

If there’s no recovery, the next step is heading to the city. There, people fear going to government hospitals where the crowds are dense and consultants rarely show up. Instead, their assistants advise patients to come to private clinics. If patients have Rs500 to spare, they will go to private medical complexes. There, despite paying a fee and being made to wait for hours, the patients and their families approach the doctor with great trepidation, fearful of being rebuked.

The doctors usually offer no compassion, rush through the evaluation and call for the next case without explaining the condition or satisfying the patient. The prescription thrust into their hands usually lists a dozen medicines which they are told to purchase from the store where the doctor has a commission arrangement.

Simple steps can vastly reduce the suffering of these patients and their families. First, lady health visitors on government payroll should go door-to-door spreading awareness about preventive health measures and explaining to women what to do in the event of emergencies.

Second, government representatives and communities should partner to monitor unauthorised dispensers prescribing medication which can have dangerous consequences.

Third, doctors appointed at government dispensaries and Basic Health Units should provide comprehensive referrals to patients needing specialist care. That means having information on hand about when government hospitals or charitable hospitals in the area have outpatient clinics and what the process is. This will save patients the cost and effort of making repeated trips and will be appreciated and useful.

Fourth, health department teams should ensure doctors appointed at government hospitals are at­­tending their duties rather than referring cases to their private clinics.

Fifth, doctors themselves should do some soul-searching and revert to the principle of service; after all, service without compassion is no service. If they do this, a host of issues will be automatically resolved. Their few moments of attention will give patients a great moral boost, kind explanations will give families reassurance and understanding of the problem, and empathy will ensure doctors make the effort to prioritise urgent cases for surgery, prescribe cheaper medication where alternatives are available and minimise follow-up visits.

Of course, the entire chain of the government healthcare system needs an overhaul with special attention to primary, secondary and tertiary units in rural areas. However, unless attention is paid to the most basic human values of concern, kindness and guidance, no amount of mass funding will alleviate the suffering and struggle of the poor and helpless.